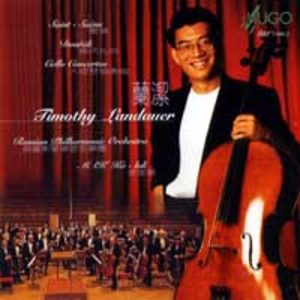 Timothy Landauer is the principal cellist of the Pacific Symphony. Timothy Landauer was proclaimed by the New York Times as "a cellist of extraordinary gifts" in 1983 when he won the coveted Concerts Artists Guild International New York Competition Award. Since then, Landauer's extensive engagement include his highly acclaimed recitals at Carnegie Recital Hall the Ambassador Auditorium in Los Angeles, the Orford Arts Center in Montreal, City Hall Theatre in Hong Kong and in Hanover, Germany. Among his solo performances with orchestras are the Russian Philharmonic Orchestra, the Gulbenkin orchestra in Lisbon, the Hong Kong Philharmonic, the Taiwan National Symphony Orchestra, the Beijing Symphony, the Shanghai Symphony and the Grand Teton Music Festival Orchestra.

Landauer is the winner of numerous prestigious prizes and awards. Among these honors are the Young Musicians Foundation's national Gregor Piatigorsky Memorial Cello Award, the national Solo Competition of the American String Teacher's Association, the Samuel Applebaum Grand Prize, the 1984 Hammer-Rostropovich Scholarship Ward with resulted in a personal invitation by Mr. Rostropovich to perform in a recital at the final concert of the 1984 National Cello Congress honoring the late Gregor Piatigorsky.

Landauer is currently principal cello with the Pacific Symphony Orchestra and he a much sough after chamber music player. He held the position of Lecturer at USC from 1987 to 1990 as Lynn Harrell's assistant. He has taught master classes in Taiwan, Shanghai and Hong Kong.

Timothy Landauer was born in Shanghai, the son of musical parents. He first studied with his father and later attended the Shanghai Conservatory of Music from which he graduated with distinction. He studied with Eleonore Schoenfeld at the University of Southern California where he earned his Master's Degree. 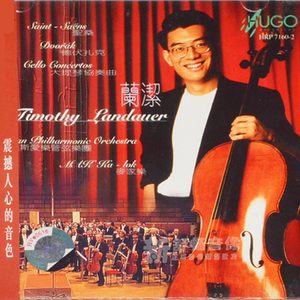