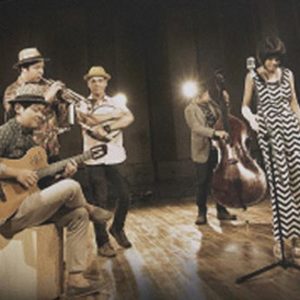 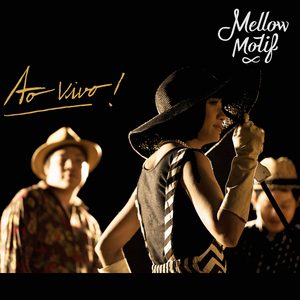 Mellow Motif is a Jazz/Brazilian Jazz quintet of 5 from Thailand. Active in Thailand as well as in Asia, the band combines an original, playful sound with lighthearted arrangements, and has earned the respect from musicians, critics, and a loyal group of fans across Asia. “Ao Vivo!” is essentially a live album, but it is probably different from most
other live recordings you have heard before. After releasing two studio albums and touring extensively throughout Asia, Mellow Motif has decided to surprise their fans with “Ao Vivo!” by putting together an all-live recording session/concert hybrid and opened up the session to 140 fans to be a part of MAKING AO VIVO!
This exclusive live session took place at Studio28 Recording on November 20-21, 2014, and “Ao Vivo!” is the testimonial of the magic that happened in studio during
these two days. “Ao Vivo!” features both light and deep, well-known and lesser-known, but all-beautiful-and-expressive BossaNova/Brazilian tunes as well as timeless Jazz standards and a handful of popular contemporary songs done in a refreshing style that’s influenced by the spirit of Jazz and our love for Brazilian rhythms and its gorgeous harmonies. While most of the arrangements on “Ao Vivo!” is originally done by Mellow Motif and our band members, it is worth noting that this album also features a few original arrangements by legendary composer/arranger and the father of Bossa Nova, Roberto Menescal, who has joined the project as a guest
arranger and written a couple of arrangements for classics such as tunes by legendary Thai artist, Jaran Manopetch, and the renown Thai composer/writer, Prapas Cholsaranon. That being said, in this album you will get to hear a very beautiful and powerful synergy of culture and music.
Now all these come in beautifully recorded Hi-res 24/96 format! Don‘t miss it！
Official site：http://www.mellowmotif.com/
Mellow Motif - Mornin' (Official Music Video)
https://youtu.be/t1Jk8xAGj1I
-- Studio Master 24/96
---WAV/FLAC
--Buy whole album for HK﹩180.