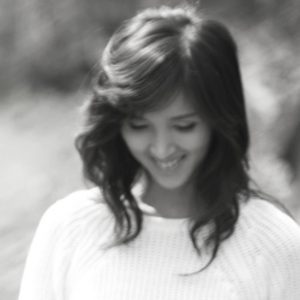 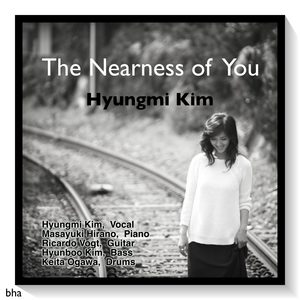 Korea Jazz Vocalist Hyungmi Kim’s 1st journey to the world as a solo artist. This album was done in New Jersy where she lived for several years after finishing Berklee College of Music.
She gathered her music army. Quite interesting members; 2 Korean, 2 Japanese and 1 Brazilian cooked all time favorite standards tunes with variety of spices.
Pianist Masayuki Hirano was and is one of demanding person among NYC musicians from Jazz to Rock(He mostly goes by Yuki insetad Masayuki). Bassist Hyunboo Kim co-produced, played bass, recorded and mixed all tracks. Guitar savvy Ricardo Vogt, toured with Grammy winner Esperanza Spalding, nailed down guitar tracks from jazz via latin to pop in the album. Drummer Keita Ogawa used to play percussion in YoYo Ma Project band, but he is also great drum player with no doubt, so he played drum and percussion for her. She flourished her musical on ego the top of amazing band。 Hyungmi Kim sings classics like: The Best Is Yet to Come 、Waters of March 、My Romance 、Very Early 、Pra Que Discutir Com Madame 、Moody's Mood for Love 、I Didn't Know What Time It Was 、The Nearness of You 、You Are the Sunshine of My Life...
---Studio Master 24/48
---WAV/FLAC
---With cover
---Buy whole album for $180 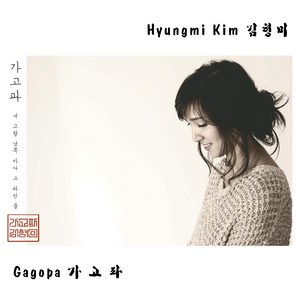 Hyungmi Kim "Singing a nostalgia by reinterpretation of Korean modern folk songs." Korean vocalist Hyungmi Kim choses Korean modern folk songs(early 19century songs) for her second album. She also worked with various talented musicians for this album; Popular Harmonica player Jeduk Jeon, virtuoso Haegeum, Korean traditional string instrument, player Ccotbyel, legendary percussion player Valtinho Anastacio who have played with McCoy Tyner, Ryuichi Sakamoto, Astrud Gilberto, etc. and demanding musical music director Jongyoon Choi as string arranger. This album is about the things that don't exist anymore or the things we forgot and lost. Hyungmi's calm voice narrates the nostalgia of our childhood and even our parent's childhood with beautiful melody; The path in an orchard, the old hometown, the spring season in countryside, the faces in our memories, the autumn night and so on. She hopes that this album could be the cure for people live busy and crazy modern urban life.
“Gagopa” means “longing to return” in Korean literature language, expressing desire to return to hometown that doesn’t exist anymore. “Aldea” is also about old hometown in southern area. “A nameless grave” is the song related to Korean Civil War. The song tells situation is tragic right after war but the nature is still beautiful in contrast.
“Hangyeryung” is one of the rough mountain pass in Korea. She dedicated this song for her cousin, Youngsuk Park who passed away during climbing Mt. Annapurna.
"Gagopa"
-- Studio Master 24/48
---WAV/FLAC
--Buy whole album for HK﹩180.
---With cover pic and photos